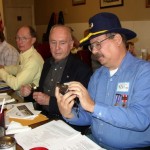 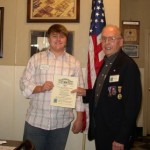 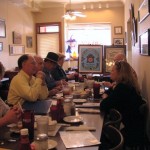 An introduction of our guests and members indicated that we had 8 members and guests at the meeting. Bill Heard and Brett Bauer were introduced as new members of Fort Donelson #62.

We had a brief business meeting with the following subjects covered:

A request was made by Commander Gant to get all members to please try to get their Grave Registry information completed on their ancestors. He also stated that we want to place grave markers, in 2009, on as many local graves that have not been so marked and that we have funds to support this effort.

An announcement was made that the Dept. of TN Annual Encampment at Spring Hill, TN on Jan. 31, 2009, will be sponsored by Fort Donelson Camp # 62. FDC #62 April Meeting will be held at Fort Donelson.

David Du Brucq gave a report on the SVR Organization and sufficient interest and members joined to made this a reality. David Du Brucq was elected Corporal of the new unit.

A request was made for re enactors to participate in the Battle of Franklin celebration.

Following the meeting a program was held at The Stones River Battlefield Park.

Statement from SUVCW Dept. of Tennessee—